Brett Mills, was the fourth of five sons born to James Curtis Mills and Sandra K. Mills (both deceased). He was baptized at St. Mary of the Woods in Whitesville and received First Eucharist and Confirmation at his grade school parish, Our Lady of Lourdes. He graduated Owensboro Catholic High School in 1987. He was very briefly a seminarian after high school. He went on to earn a BA degree in History from Brescia in 1991, followed by an MA in US History from Murray State University in 1993. Brett lived in Murray from 1991 to 1998, and was the Research Assistant for the National Scouting Museum between 1994 and 1998. He first served as a catechist by teaching 5th grade Religious Education at St. Leo in Murray.

Brett returned to Owensboro in 1998, moving in to the house he now owns in 2002. He officially joined the very-nearby Blessed Mother Parish in 2004. Worshiping at Blessed Mother became the start of an expanding spiritual awareness that involved him in the choir, the Religious Education program, Koinonia, Cursillo, and Catholic prison ministry. Brett began volunteering at the Diocesan Archives from 2005 - 2009, and was employed there from 2009-2018. With vocational clarity discerned from spiritual direction, Brett attended the 2010 organizational meeting for the men who eventually completed formation to be ordained as the Deacon Class of 2017 for the Diocese of Owensboro.

Deacon Brett was assigned to Blessed Mother Parish upon ordination, September 16, 2017. Plans for Deacon Brett's ongoing ministry involve the core deacon ministries: proclaiming the Gospel, assisting with the parish's liturgical and sacramental worship, and serving the charitable needs of the faithful. Deacon Brett has also been asked to apply his work experience in a parish archives, and to render service to other parish ministries that his skill sets incline him toward. 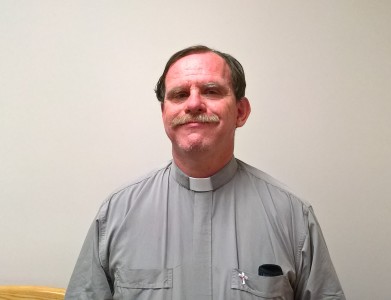